With the rise of urban centers and the need and desire of people to live closer and closer together, there became an increasing need not only for actual structures such as apartments, condominiums, high rises, and suburban developments, but also a need for legal structures to govern the behavior of the people suddenly living in ever closer proximity to each other.  The legal structure came in the form of common interest communities, which were governed by contracts also known as declarations of covenants.

Imagine for a moment that you lived in a rural county, where each property owner owned acres of land.  If your neighbor happened to own a helicopter, his flying and landing that helicopter on his property probably wouldn’t be too much of an annoyance, and even if it was, there would be little that you could likely do about it.  A mere annoyance that doesn’t rise to the level of a legal nuisance, offers little protection to the annoyed homeowner.

…inherent in the condominium concept is the principle that to promote the health, happiness, and peace of mind of the majority of the unit owners since they are living in such close proximity and using facilities in common, each unit owner must give up a certain degree of freedom of choice which he might otherwise enjoy in separate, privately owned property. Condominium unit owners comprise a little democratic sub society of necessity more restrictive as it pertains to use of condominium property than may be existent outside the condominium organization.

Thus, by choosing to live in a common interest community, people give up their rights to act as freely as they normally would in a rural living situation. Because they live in such close proximity, the actions of the residents affect their neighbors in ways that they would not in other more traditional living situations.

There are benefits to living in common interest communities.  For instance, all of the residents share in the maintenance, upkeep, landscaping, and other costs that normally would fall directly on the individual owner.  In addition, they can share in the cost of various amenities which they otherwise would not be able to enjoy or afford on their own, such as: pools, playgrounds, tennis courts, gyms, and more.

The types of communities that are covered in the Prelicensure Course and that appear on the state pre-licensure exam are: Condominiums, Cooperatives, Homeowner’s Associations, Timeshares, and Mobile Homes.  Condominiums and cooperatives are usually similar in structure; they typically are constructed similar to typical apartment buildings.  The method by which the members own the property is what distinguishes them.

For example, if the community has a pool, that pool is a common element of the condominium. Imagine if all of the members of the association only owned a fraction of the pool, meaning that they have to share the pool with everyone else but they could only use the fraction of which they owned. That would lead to a very strange situation where the individual owners were only able to swim in some small section of the pool.  This is why the owners are said to own an undivided interest in the pool.  Every owner owns the entire pool, rather than just a fraction.

Cooperative living is a unique form of ownership where the owners do not actually own the property in which they inhabit. Instead, cooperative owners own shares in a corporation which is the cooperative. The entire building, units, and common areas are owned by the corporation, while the individual homeowners only own shares in that cooperative corporation. The reason many consider it to be a less desirable form of ownership is because, (1) you do not actually own property, which is one of the biggest benefits of purchasing real estate in the first place, (2) it can be difficult to sell the property because new purchasers need to be approved by the other shareholders in the corporation, and (3) if other shareholders in the corporation are unable to contribute to the cooperatives maintenance fees, then the remaining shareholders will have to pick up the slack in order to pay for maintenance.

In a Homeowner’s Association or HOA, the owner typically owns the house and the property that the house sits on, extending out to the roadway. The roadway is typically owned by the association as a common element or it is publicly owned by the municipality where the community sits.  The common areas such as a community pool, playground, and entranceway are typically owned by the association, as opposed to the shared ownership that comes with condominium common elements.  HOA‘s often have rules and requirements, which can be found in the declaration, requiring certain aesthetic requirements regarding landscaping and appearance of the home that the owner must adhere to or risk being fined.

Timeshares and mobile homes are two of the lesser talked about ownership arrangements in the community association management field.  Timeshares is an arrangement where several joint owners have the right to use a property as a vacation home, under a timesharing agreement. A mobile home, is a residential structure, transportable in one or more sections. 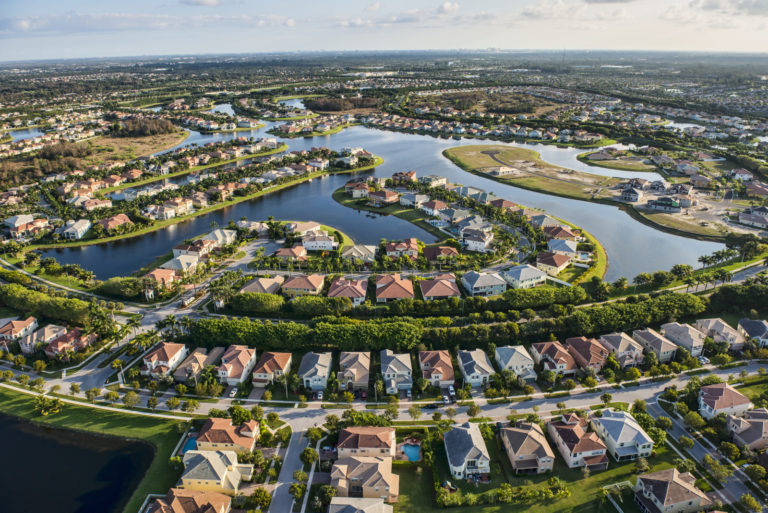 The continued growth in population and suburban development in Florida gives reason to be optimistic about job security in the community association management profession.  According to www.caionline.org Common Interest Communities continue to be growing at an ever increasing rate across the United States. In 2014 approximately sixty-seven million residents lived in almost 334,000 communities. Homeowners’ Associations…